Are You Using Your VA Loan?

Walter was a Navy Corpsman. He served as a Corpsman on a Destroyer and left with an honorable discharge. Now, 10 years later, he has found a woman that he wants to start a family with. As a matter of fact, they even got pregnant on their honeymoon. Unfortunately, Walter isn’t sure that he can afford a home loan. He has talked to several banks, credit unions, and other lenders, all of which have given him very high monthly payments. 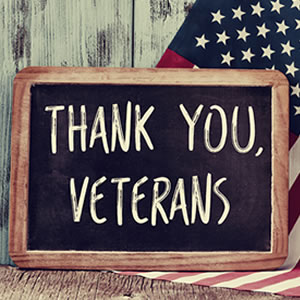 Then, one day on his way home from work, he hears a radio ad that reminds him that the Department of Veterans Affairs or VA also offered home loans. The next day he braced himself to hear more high prices and picked up the phone.

After his call, he raced to his new wife and excitedly told her about what he had discovered. His skeptical bride began to question him closely about the VA loan and here is what he told her:

“The VA loan was designed to offer long-term financing to eligible American veterans or their surviving spouses.”

Walter then began to lay out the other benefits of having a VA Mortgage Loan.

Walter explained to his wife that since the VA would require no down payment, the money that they had been so studiously setting aside each month could go to getting things ready for their firstborn.

He then went on to say that with lower interest rates, their monthly payment would be much lower than if they borrowed from a lender or a bank. With the cost of living in Colorado skyrocketing, especially with childcare, they would need the extra cash from month to month.

“We might be a little limited on home choices,” he told her. “The VA is particular about the houses it loans for. Their appraisers are focused on safety in the homes, but that works out even better for our child. We will have to worry less about Radon or rot in the house we do buy.”

“We will have to sit down and write a letter to the seller of whatever home we pick,” he said. “We want to stand out in the seller’s mind to have a better chance of having our offer seen. A lot of realtors like working with the VA because the VA works with Vets.”

“This is great and all,” Walter’s wife exclaimed, “but what if we have to move?” “Well,” he replied,” a loan through the VA is assumable which means that someone, most likely another vet, can come in and simply take over the payments on the house. We can then figure out our new circumstances and go from there.”

“I like it,” she exclaimed! “Let’s budget out so we pay it off on time. I don’t want to get hit with penalties if we pay it off early.” “Not a problem,” said Walter. “There are no prepayment penalties. If my new job pays off and we can pay it sooner, we can!”

A few weeks later, Walter and his new family were happily installed in a new duplex that fit their lifestyle in a great neighborhood. A few years later, they refinanced and found that their already low payments became even lower thanks to help from the VA.

Learning More About a VA Loan

VA Home loan guaranties are issued to help eligible Servicemembers, Veterans, reservists and certain unmarried surviving spouses obtain homes, condominiums, manufactures homes and to refinance loans.Remember, the VA does not give the loan, it guarantees a portion of the loan enabling the lender to provide you with more favorable terms. You must still qualify for the loan. For More Information: U.S. Department of Veteran Affairs.